Nokia 2.2 First Impression: Just Another Android One Device In The Market 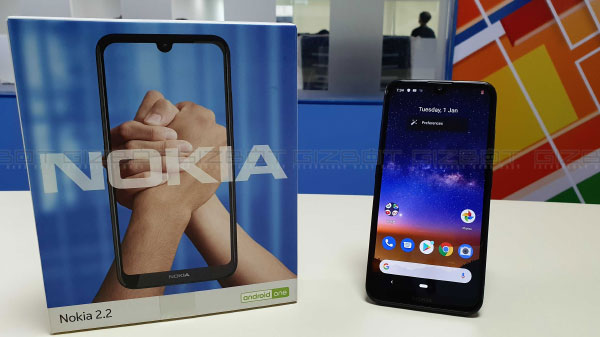 HMD Global has launched a bunch of budget Nokia smartphones in the Indian market recently. Following the official announcement of the Nokia 4.2 and the Nokia 3.2, the Finnish giant has unveiled the Nokia 2.2 in India. The latest entrant comes as a successor to the Nokia 2.1 which introduced last year as an Android Go smartphone.

The Nokia 2.2, on the other hand, is an Android One Powered smartphone and comes with a starting price label of Rs. 6,999. The base variant comes with 2GB+32GB storage configuration. The high-end model with 3GB RAM and 32GB internal memory is priced at Rs 7,999. The company has fitted entry-level hardware in the device such as a single rear camera, compact HD+ display, and a low-end MediaTek processor. We have used the got to use the device for a while and this is our initial impressions on the same.