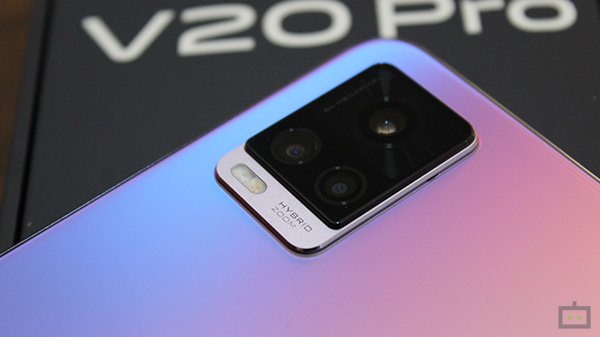 Vivo today announced the most expensive V20-series smartphone in India. Priced at Rs. 27,999, the V20 Pro introduces faster 5G connectivity to the V20-series lineup. It is powered by the Qualcomm Snapdragon 765 chipset and will be available in the lone 8GB + 128GB variant at Rs. 29,999. You can purchase the V20 Pro across mainline retail partners, vivo India E-store, and major e-commerce websites starting today.   The price-point makes the new Vivo smartphone a direct rival to the widely popular OnePlus Nord which is also backed by the same SD765 chipset. Moving on, the V20 Pro brings a massive 44MP dual-lens selfie camera and a 64MP triple-lens rear camera setup. It is the same 44MP front-facing shooter with an ‘Eye-Focus’ tracking system that was offered on the Vivo V20. That said, the Vivo V20 Pro is largely the Vivo V20 with the 5G-enabled SD765 SoC. After testing the Vivo V20 and the V20 SE, we take a closer look at the 5G-ready Vivo V20 Pro in the following first impressions.